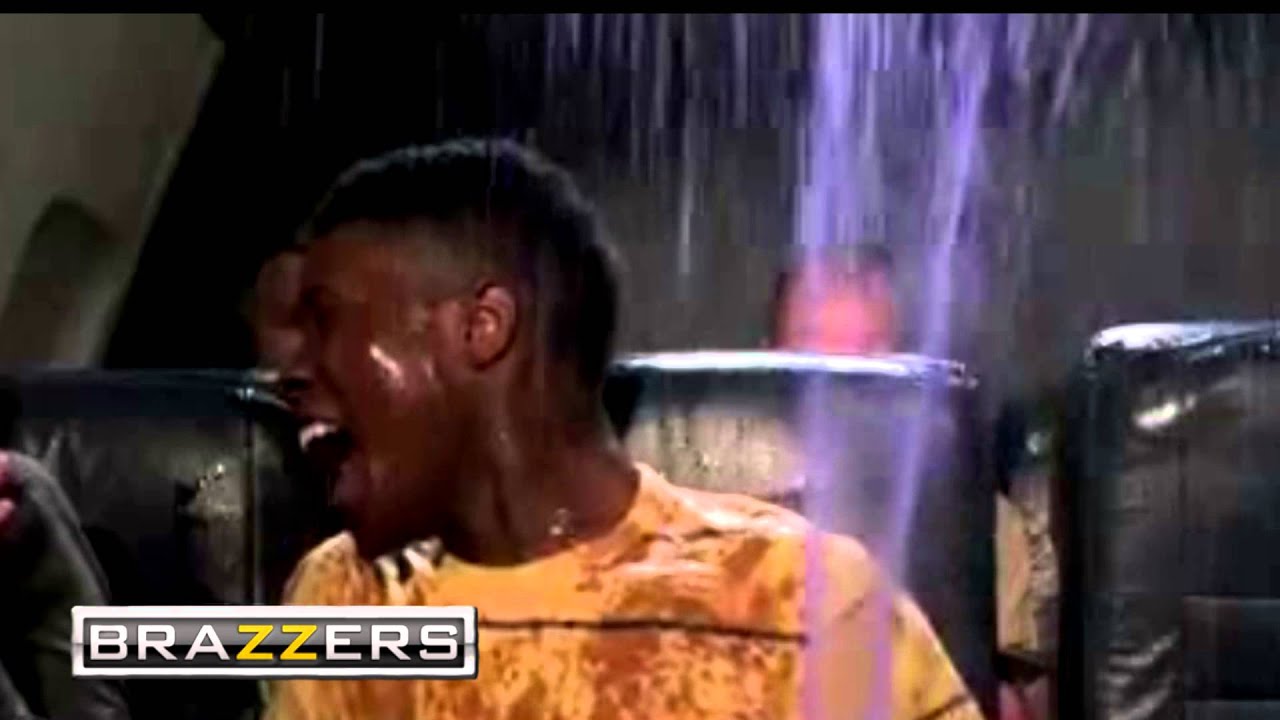 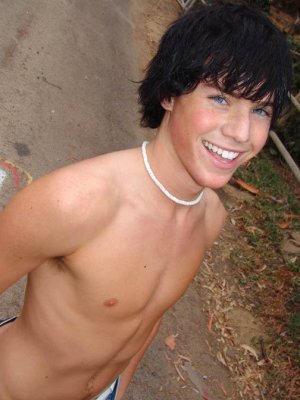 Oh well, I'm established now. I pretty much have dated Latinas and black girls since then. Not really for any particular reason, but just because those are the women I've been drawn to and have been drawn to me.

But I guess I do miss the homemade pizza for dinner, if I'm honest. When I was 15, I started dating this guy who was half Chinese, half Polish, and born in Brazil what a mix!

His dad traveled a lot so I never really got to see him. On my boyfriend's 16th birthday, I was invited over for a family dinner. It was the first time meeting his parents.

Needless to say, I was freaking out. As soon as his dad met me, he said in broken English, "You can date my son all you want, but he has a wife waiting for him in China so you're wasting your time.

I awkwardly smiled, thinking, What the hell did I get myself into? When I thought things couldn't get any worse, dinner was served, and there were only chopsticks for us to use.

I had never in my life even come across these, but I knew that if I wanted the dad to approve of me I had to at least try.

Luckily, my motor skills were on fire and I didn't make a fool out of myself. After that night his dad was actually super friendly and nice.

And no, my boyfriend never married the Chinese woman he had chosen for him. Side note: When my parents found out my boyfriend was half Chinese, they started calling him "Yellow Submarine.

To this day, they still ask me things like, "How's Yellow Submarine doing? Around the time that I finally gained some conviction about myself, I took up with my first white girl.

I was 22 and had never been in a serious relationship with anyone, not even a black girl. So it was destined to be a bad fit. We still pressed ahead, hard, each the other's first in one way or another.

I had no desire to learn anything about country music or wine or eating steak medium rare. And I let her know it.

She made me feel like an oddity at times, from the way I pronounced "ask" to the grade of my pubic hair. We didn't share much but love and mutual respect.

So, obviously, it wasn't enough. I've been in four serious relationships since I picked up my first boyfriend at the local Mexican grocery store really , and three of the four relationships have been with Hispanic men.

I've never thought that said much about me; the numbers there are close enough to mirroring my environment, and I never found any need for self-reflection on the topic.

Still, my "thing" for Latin men has been a persistent joke among friends and family. It's nothing terrible, and these are all accepting people, but it's hard for me to keep my mouth shut when people who've only dated within their own race make jokes about my apparently notable attractions to non-white men.

Aren't they the weird ones? My boyfriends have always been fine as hell. My girlfriend and I were in our early twenties, and we didn't have a particularly openly complicated or interesting relationship around race.

The Midwestern city we lived in was an extremely conservative place, very segregated, but also a place where nobody ever talked about race.

The one thing I only realized afterward was how much shit she was putting up with, as a black person in this conservative city in general, and as a black woman dating a white guy in particular.

Two moments I remember: One time we were walking down the street together and I could just feel her tense up and for a second couldn't figure out why.

Then, I saw a group of black guys a bit older than us across the street just sort of staring at her, not saying anything even.

We didn't talk about it, and I didn't and still don't completely understand the situation. Another time when we were driving separately and I kept nearly blowing lights, she kept falling behind because she was obeying traffic laws.

When we arrived, she said she'd seen a cop and was really avoiding being pulled over in a way I was really not bothering about.

I am biracial. After years of torment from peers in nearly exclusively white schools, I began straightening my hair.

After even more years of spending an inordinate amount of money on serums and salon services, I began braiding my hair. And after about two years of making six-hour round-trips for hour braiding sessions every season, I started wearing my hair naturally because life is too damn short.

My decision to go natural has been one of the most overwhelmingly positive choices I've made in my life, and I say this without exaggeration.

However, it does have one drawback: People feel compelled to comment on my hair. I have noticed this particularly among men who try to date me, who in the past years haven't been able to come up with come-ons or opening lines that aren't some variation of "I love your hair," even when they have at their disposal a full profile detailing countless things more interesting about me.

The problem, of course, isn't that it's wrong to love my hair. I love my hair too. It's just that the preponderance of remarks about my hair among potential partners points to a fascination that isn't about celebration, but exotification.

When you say you "love my hair," I hear the high school football player who told his locker room buddies that because I'm half black, half white, I'd be twice as good in bed.

In certain cases, I may be wrong. But I'd rather fail a hearing test than find out. When my boyfriend first messaged me on OkCupid, he teased me about not knowing who Richard Pryor was in the eighth grade.

On our first date, we debated tuna versus salmon in sushi and discussed the etymology of random words. On our second date, we roamed the Brooklyn Botanical Gardens and made friends with a little girl named Sophia.

At this point, we've been dating for seven months and he has still never told me, "I love your hair. My experience with interracial dating in the South as a gay black man has been emotionally exhausting.

Conversely, white men here in Georgia often go out of their way to shut black men down on the sole basis of them being black.

All too often do I see the words "NO BLACKS" on various dating and app profiles, which doesn't provide much insight as to why they feel this way, and what made them declare it in such an aggressive and demeaning way.

Honestly, as a black man in the South, you're either fetishized to the point of having a wounded body image and self-esteem at least in my experience , or you're so ostracized and hated by your white counterparts that you also begin to question your own body politics, but for different reasons.

I like having sex with black men, and my desire puts me on a hazardous line between racism and diversity. I try to own it.

My gay social media profiles say things like "like 'em darker" or "fan of diversity," which are attempts, perhaps only somewhat successful at best, to live and project my desire in terms that the other will experience as inclusive, not racist.

My black sex partners seem to walk that same ambiguous line, pleased that I desire them, eager to satisfy me, and yet never able to escape completely the sense of being fetishized by me.

I know this because some of them talk about it directly; in other cases, it's just a look in the eye, a tone of voice, during our pre- or post-repartee.

I've lived and worked in places where white men justify their racial discrimination with lines like, "It's not a prejudice, just a preference.

Even when I allow myself to think or put into words why I like these men, it feels potentially racist.

The black men I choose to have sex with are, yes, big and strong and sexually dominant, but their size and strength and dominance never, never make me feel small or weak or submissive, except to the extent that I take pleasure in feeling that way.

Instead, they make me feel cherished, respected, desirable. I find these men to be warm and generous of body and spirit in a way that feels culturally bound, if not racially specific.

And I enjoy it, and I want it in my life. In high school, I dated a tall, handsome, green-eyed white boy. The first time I had dinner with his family, my boyfriend's father spoke to his wife, acknowledged his daughters, and joked with his son, but acted like I wasn't there.

I was salutatorian of my graduating class, college-bound, articulate, appropriately dressed, charming, kind, and loved his son fiercely — the kind of girl most fathers want for their sons.

At the prompting of some friends, I joined OkCupid. The first guy I went out with the one who didn't send me a dick pic was a pedicab driver.

He brought his dog to our date. The dog was wearing a dress. Over the course of three cocktails, the guy told me he owned a ferret and kept chickens.

In his house. Indoor chickens. No second date. But, it turns out, driving a pedicab gives you incredible glutes and thighs. The second guy from OkCupid I went out with was Omar.

On his profile, he was this beautiful Hispanic man with giant muscled arms, thick dark hair, and beautiful dark skin.

In real life, he probably had been all of those things — about 10 years ago. Still, he was cute enough. And into me. Even though he said he usually "liked his women dumb.

On the way home, he sent me these flirty texts about how he wished he had his arms around my "thick, hot body" and what he wanted to do to my "thick little body.

If you are over the age of 18 years or over the age of majority in the location from where you are accessing this website by entering the website you hereby agree to comply with all the Terms and Conditions.

You also acknowledge and agree that you are not offended by nudity and explicit depictions of sexual activity. By clicking on the "Enter" button, and by entering this website you agree with all the above and certify under penalty of perjury that you are an adult.

All models appearing on this website are 18 years or older. Click here for records required pursuant to 18 U. By entering this site you swear that you are of legal age in your area to view adult material and that you wish to view such material.